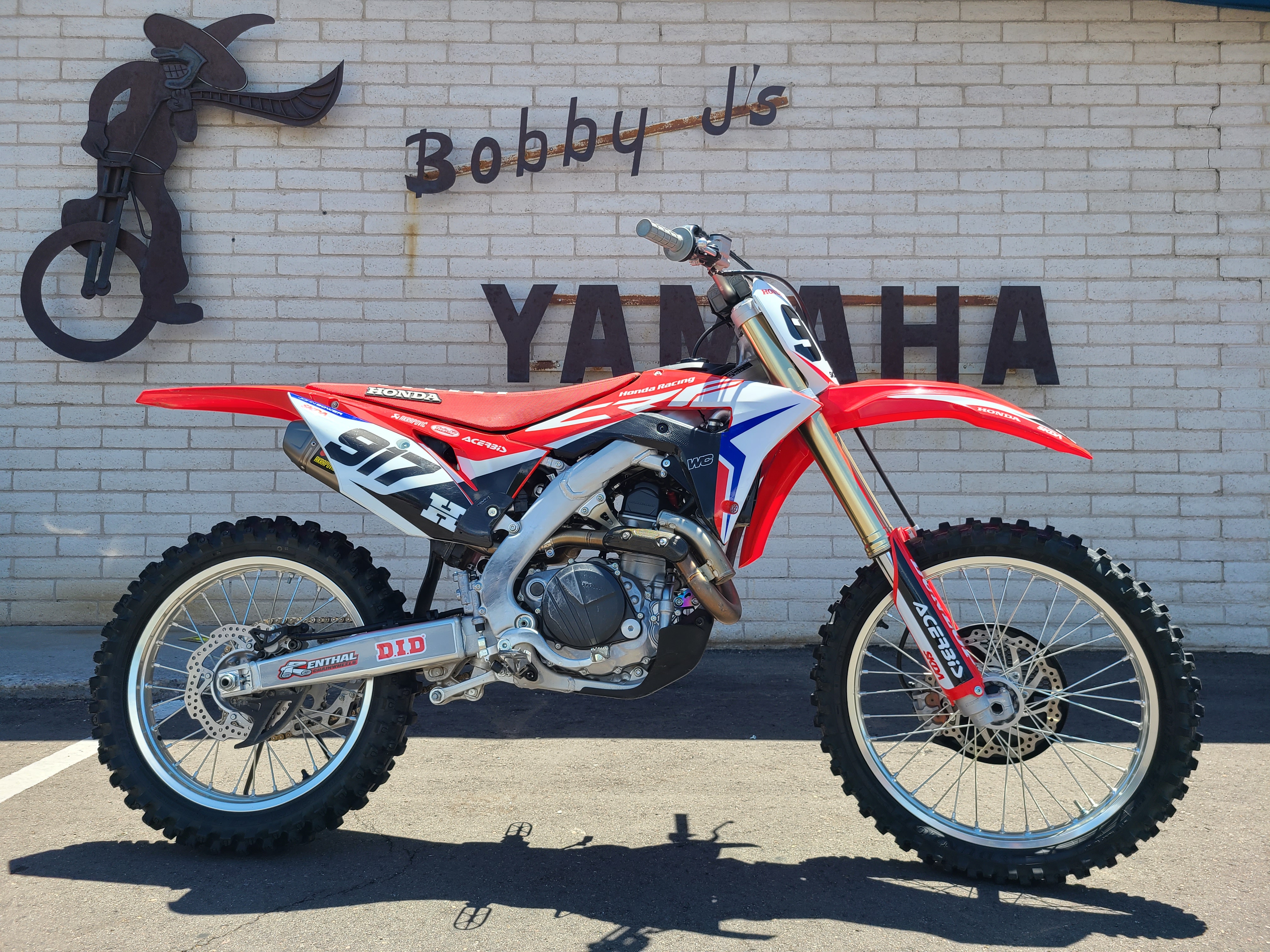 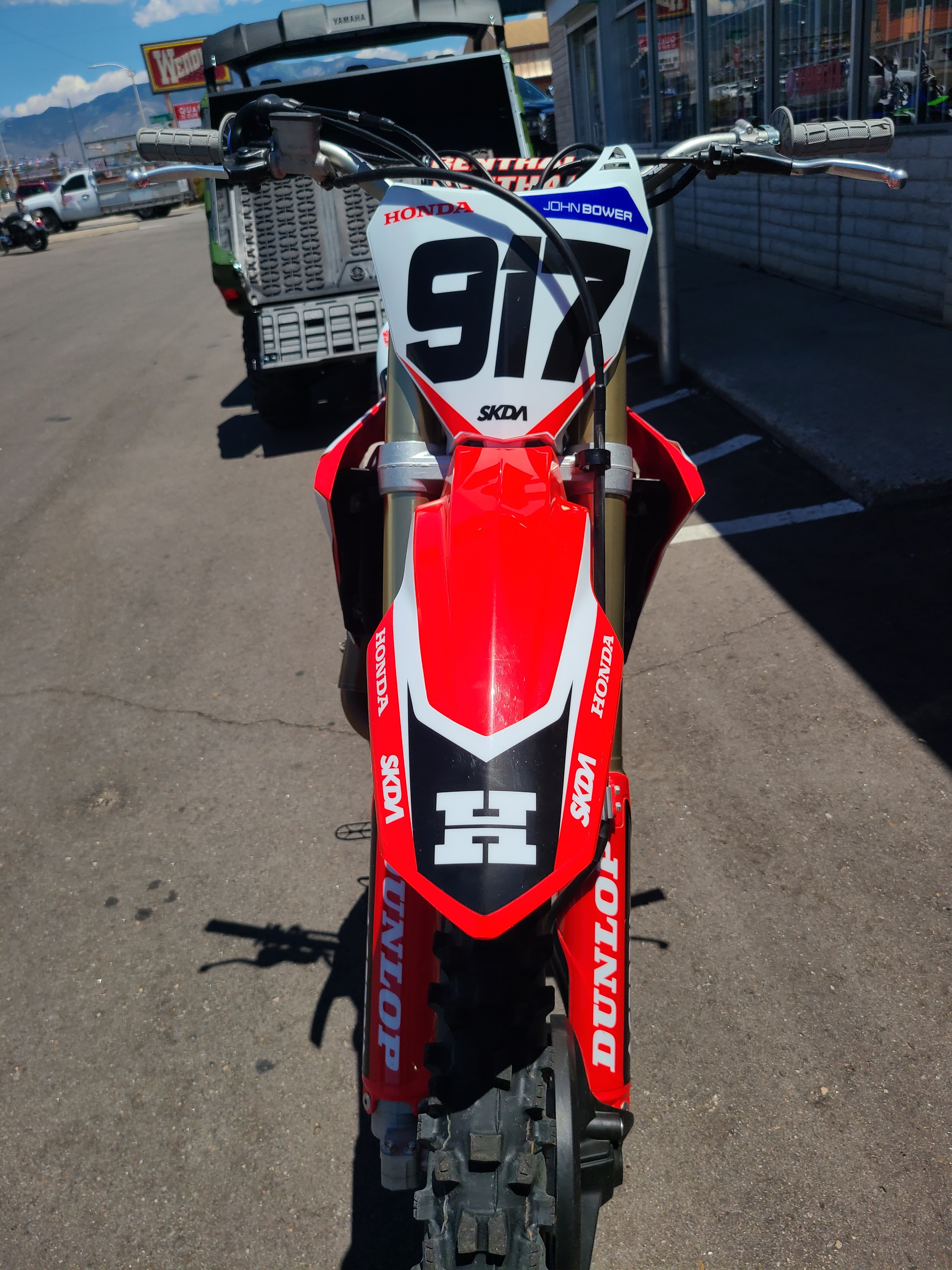 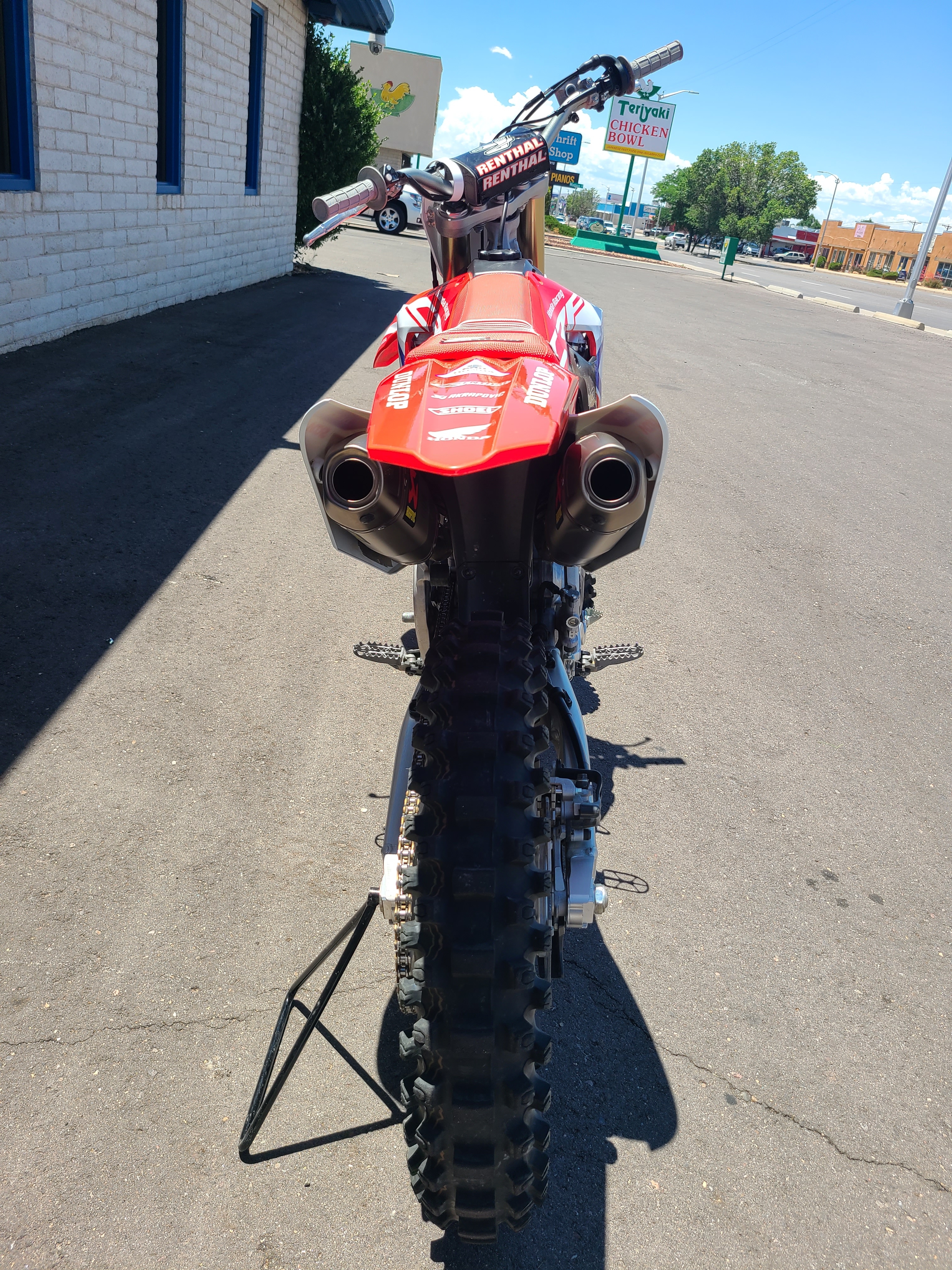 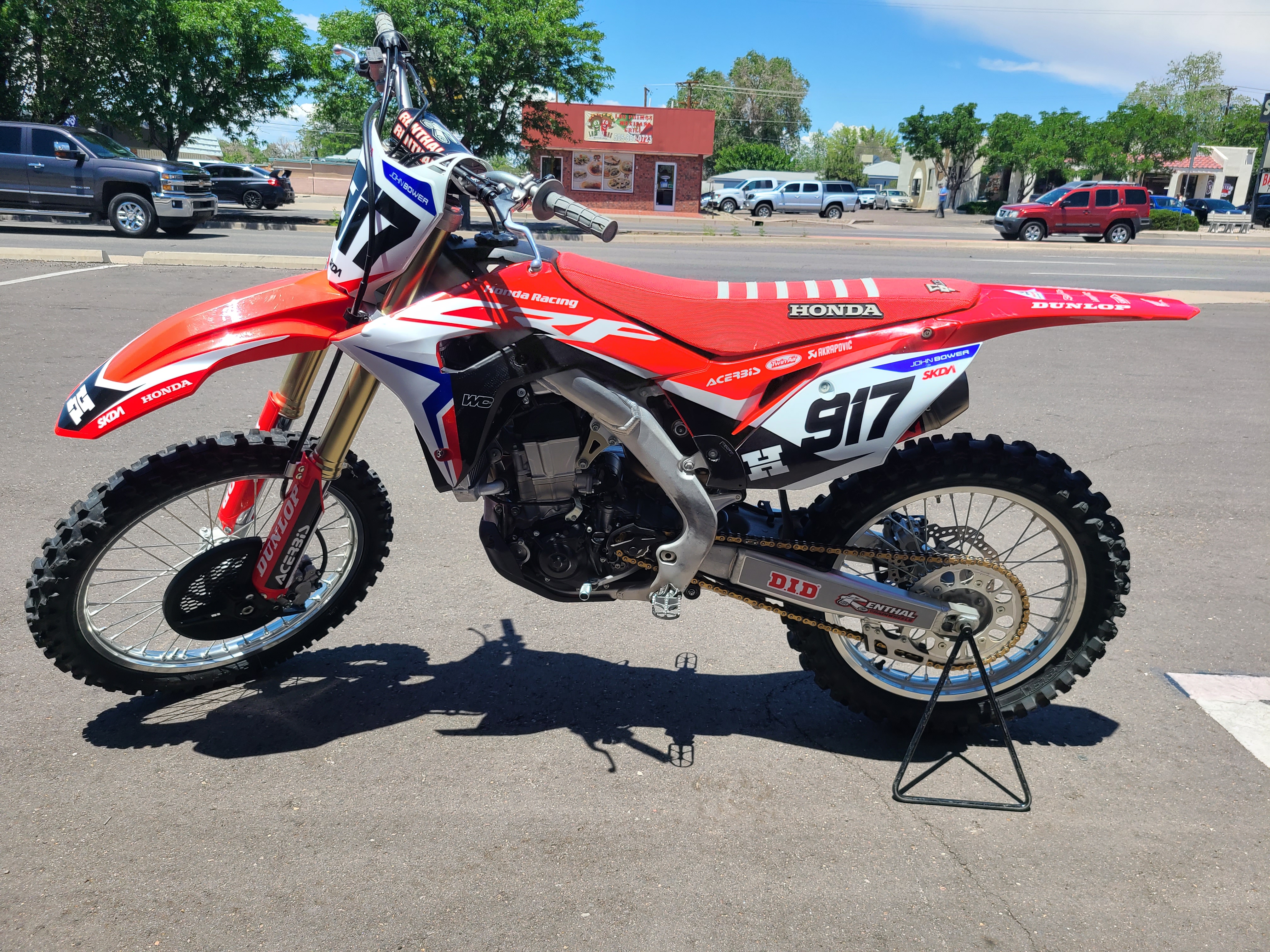 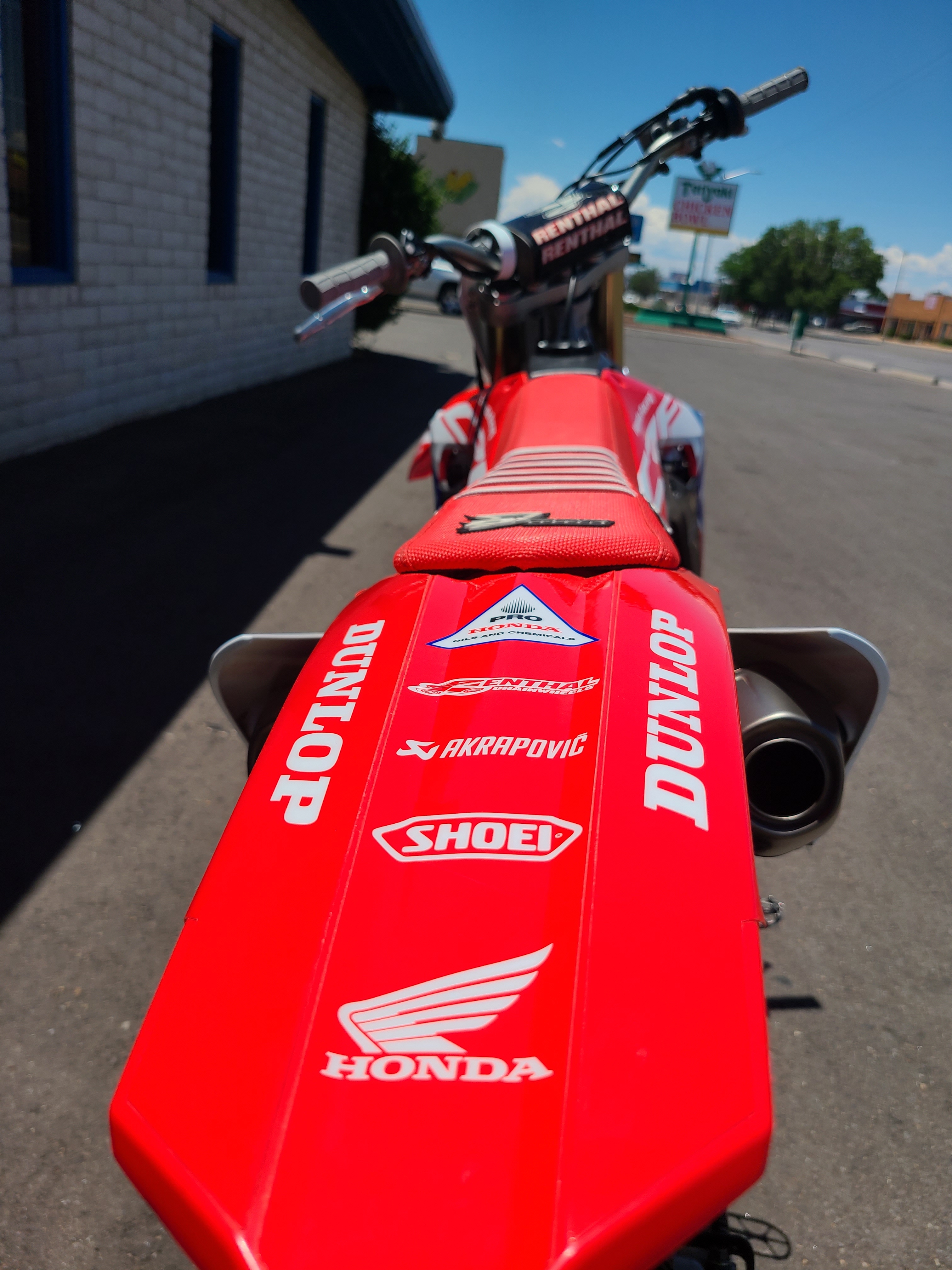 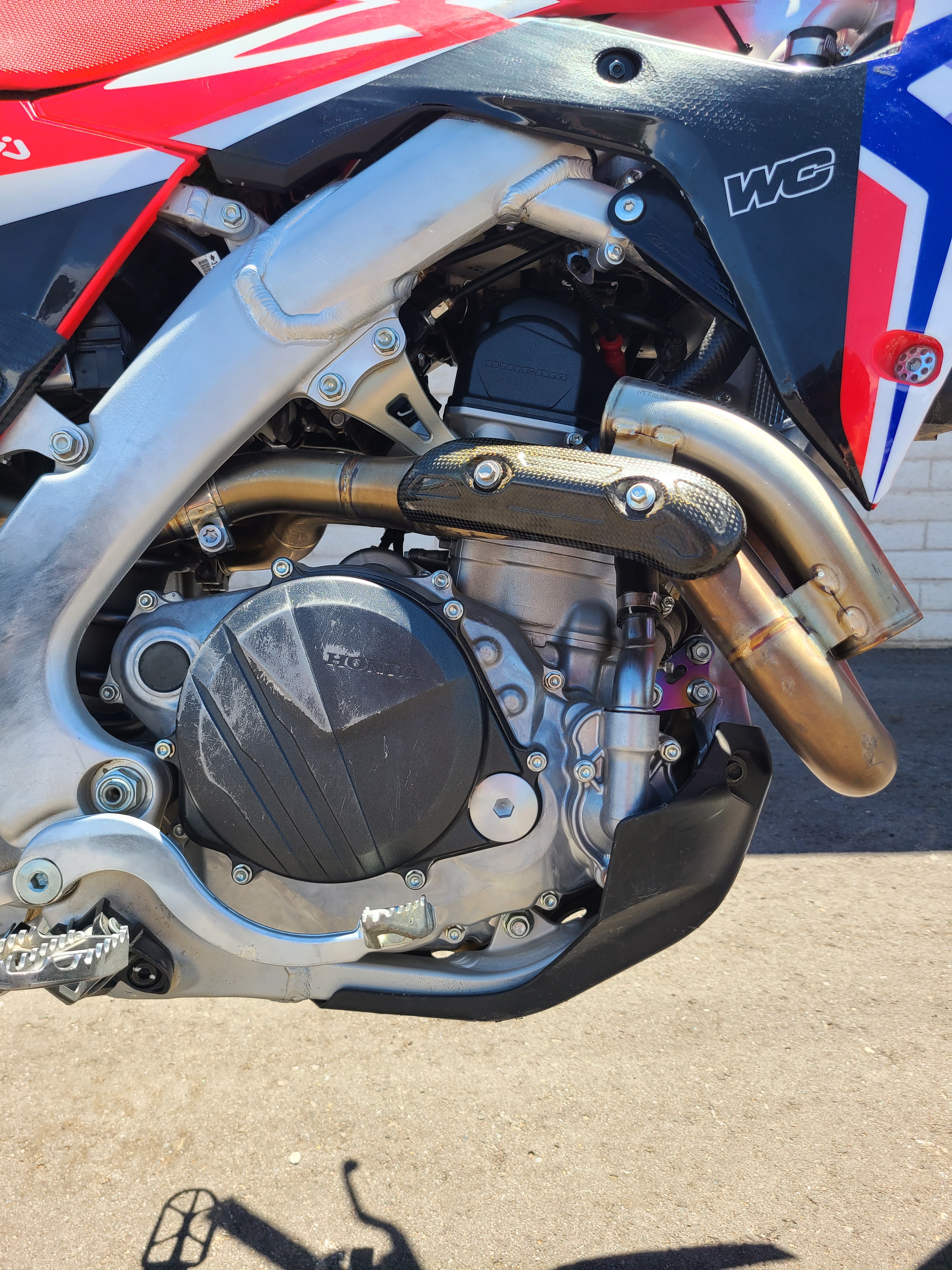 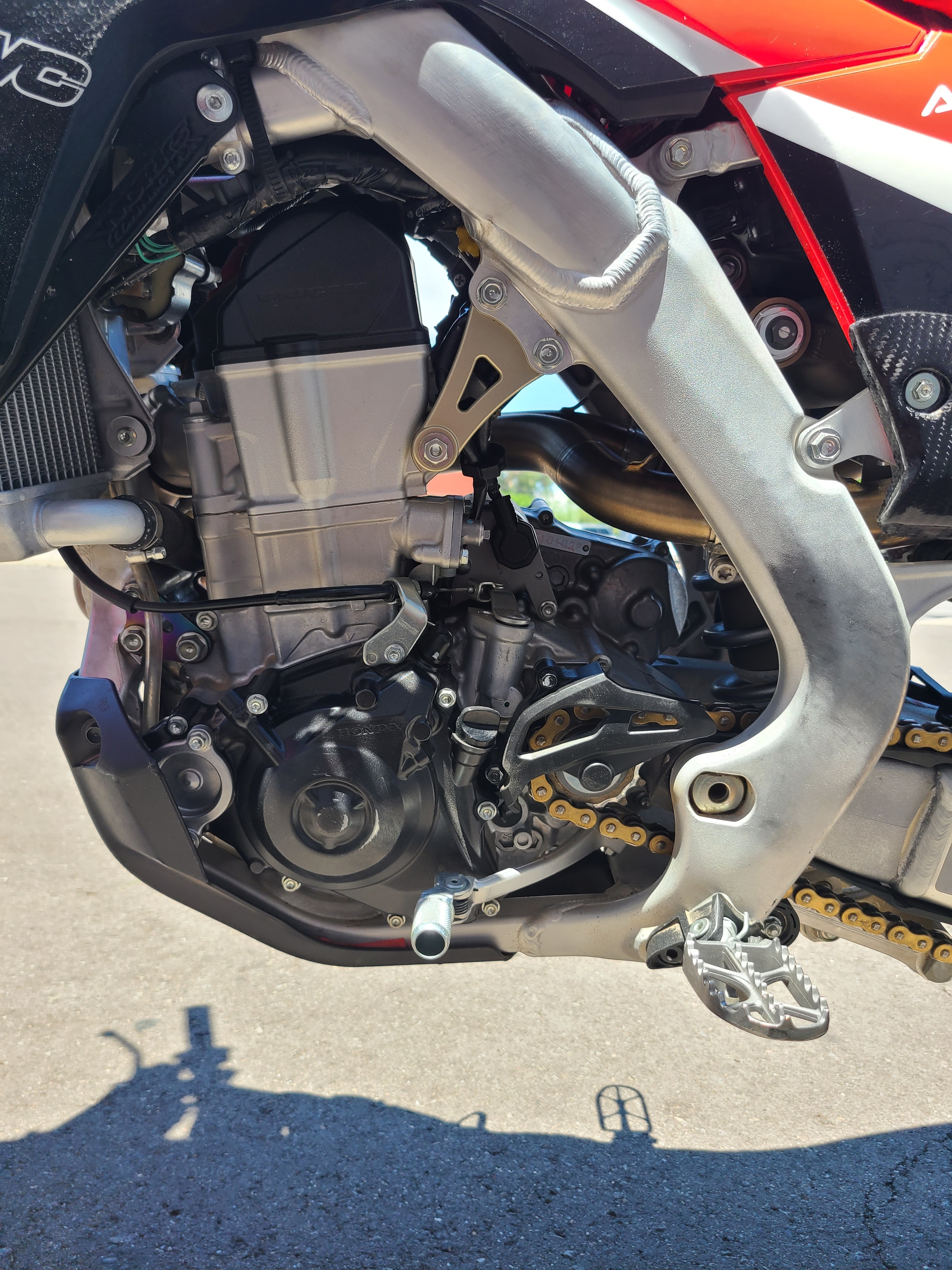 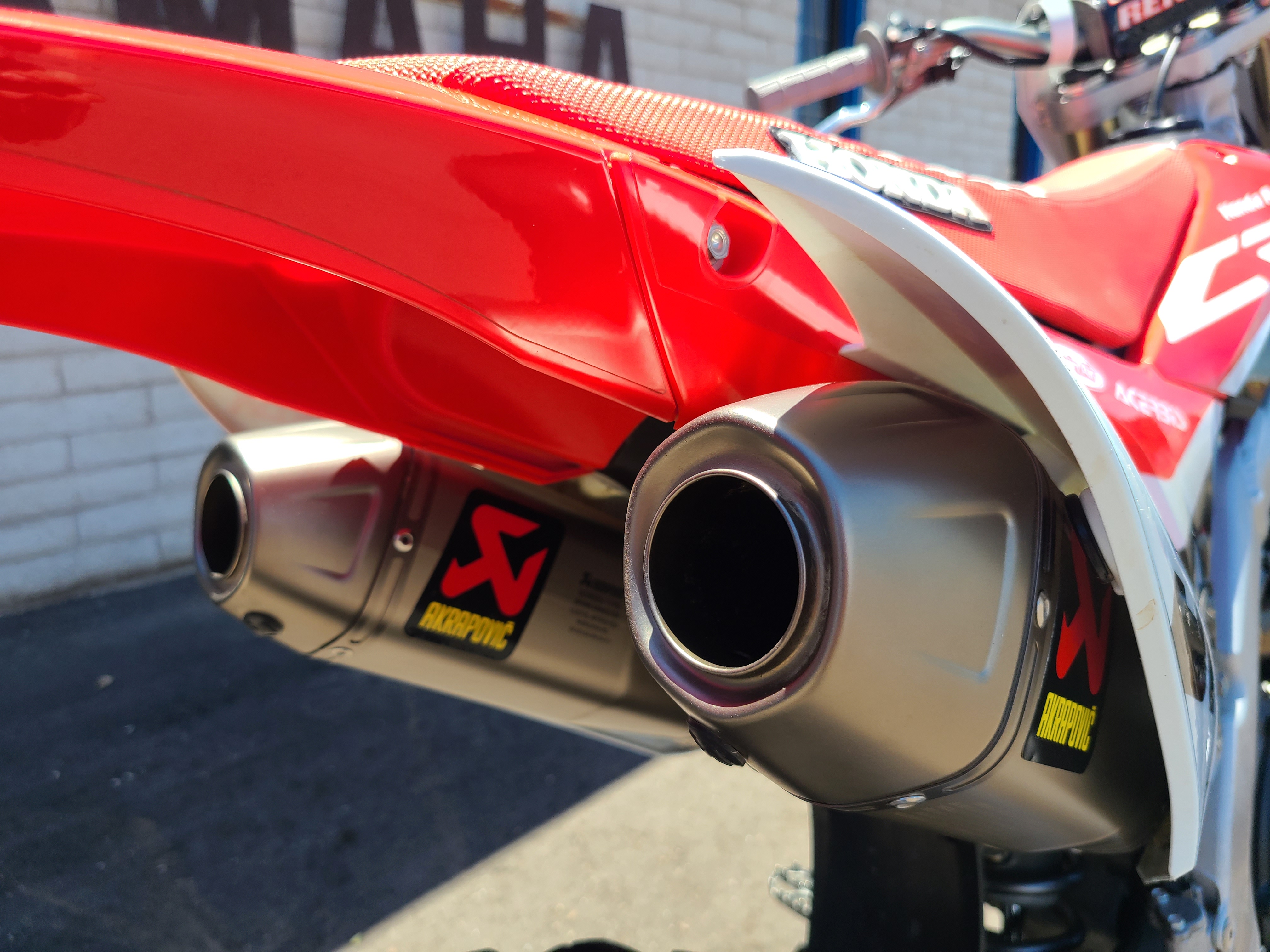 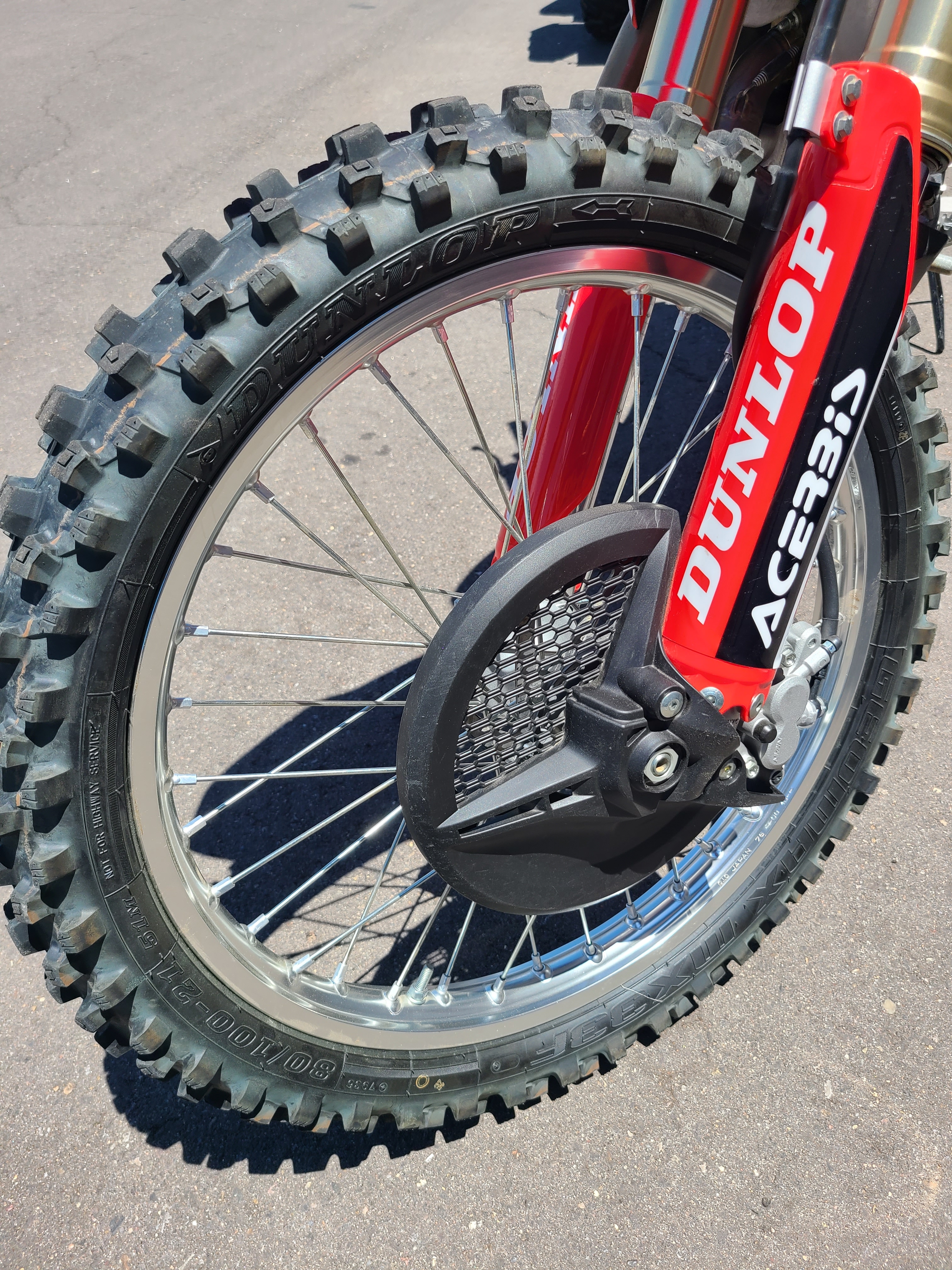 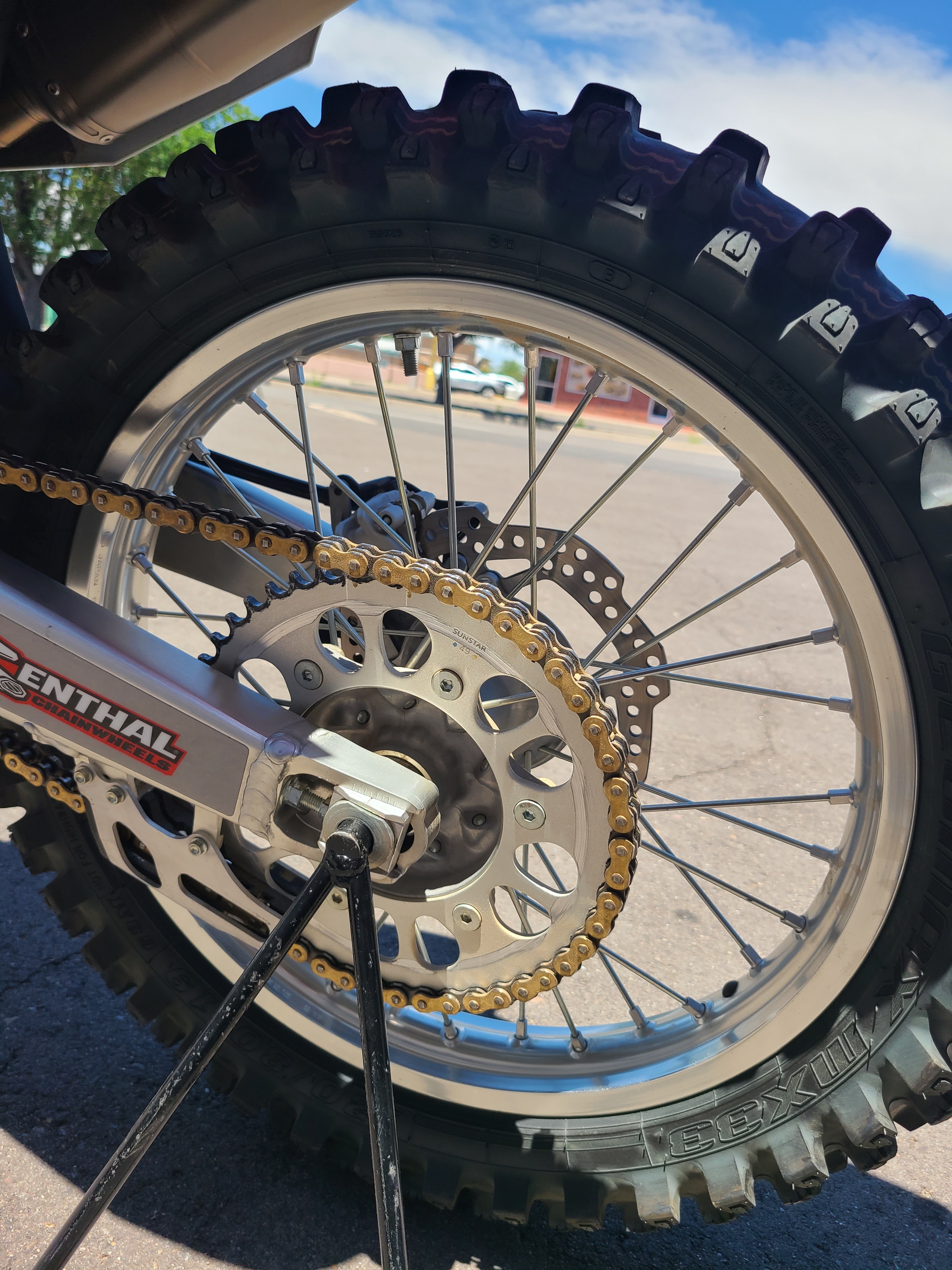 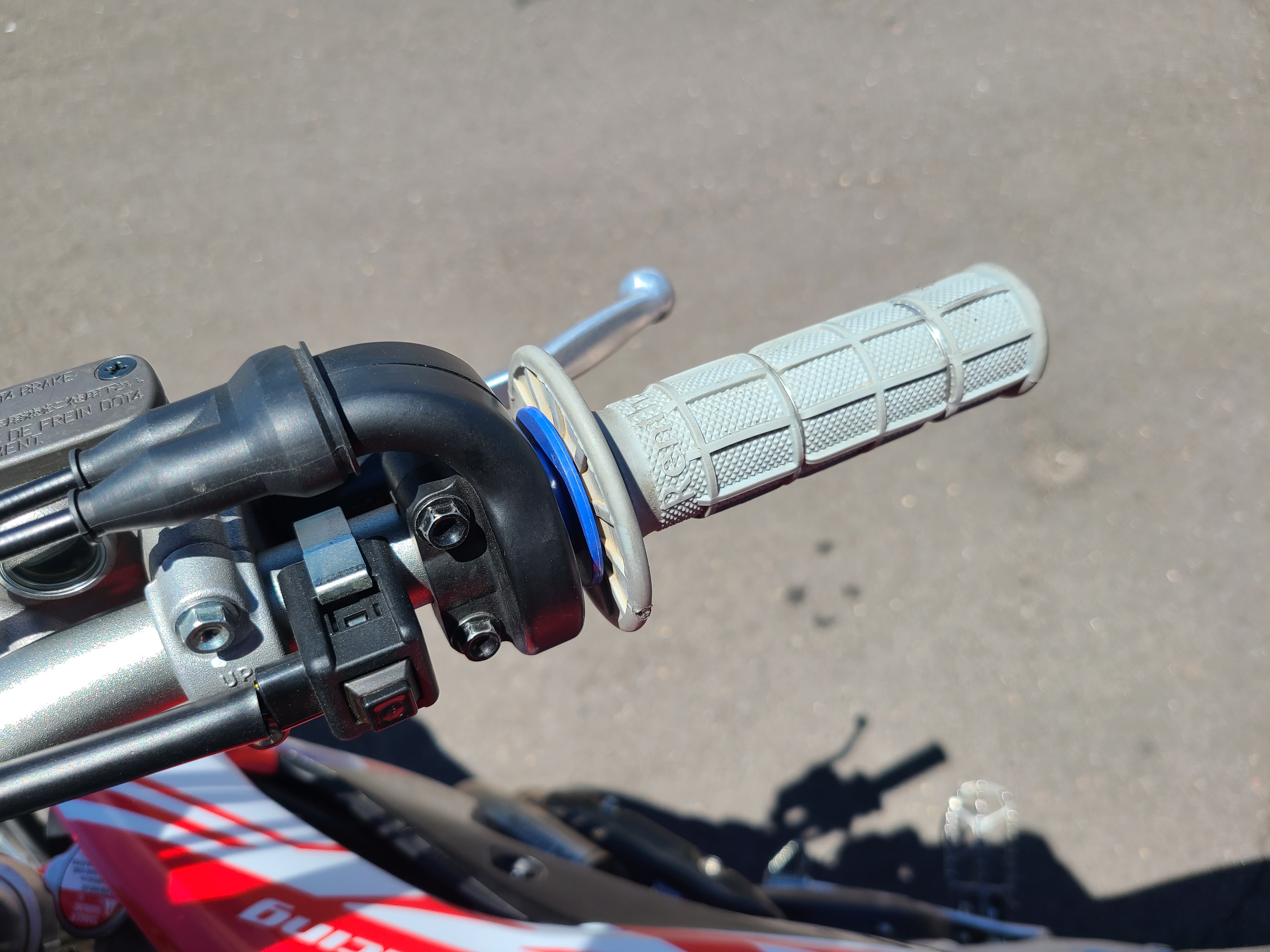 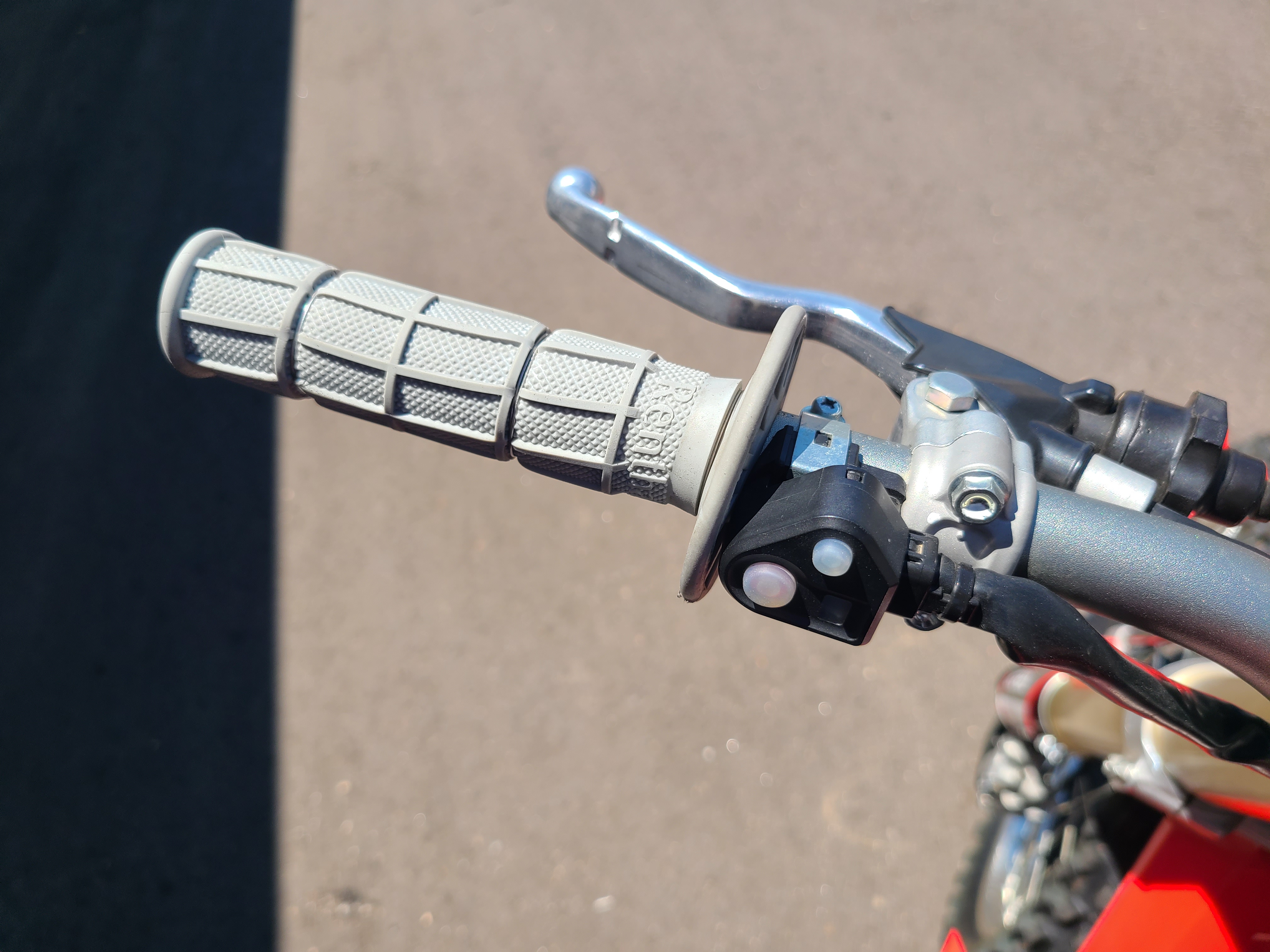 107 people have recently viewed it.
Description

More and more, motocross races are all about getting the holeshot. And Honda’s CRF450R is a machine designed to get you out front by the first turn, and then keep you there all the way to the checkered flag. Everywhere you look, you’ll see features optimized for modern MX competition, where fractions of a second add up to a big lead at the end. Last year we offered an optional electric start on the CRF450R; it was such a big hit that this year it’s standard equipment, and we’ve ditched the kickstarter entirely to save weight. A new lithium-ion battery helps keep things light. Race anything else, and your ride to the first turn just got a lot steeper.

Part of an entire engine overhaul last year, we gave the CRF450R a new downdraft intake tract and FI body to help increase both power and fuel-metering precision. It’s part of the reason the CRF450R offers such explosive power and massive torque, especially out of the starting gate and in the critical first 100 feet of the race to the first turn.

This was such a popular option last year that we’ve made it standard for 2018, and ditched the kickstarter entirely to save weight. Electric starters and lithium-ion batteries are so light now and so good that putting them on a bike like this is a win/win combination. And winning is what a CRF450R is all about.